I recently read a draft of a colleague’s story. I was thoroughly enjoying the tension, the mystery, the literary craft of the tale – until, a third of the way into the story, the focal character began to speak.

He was an old man f 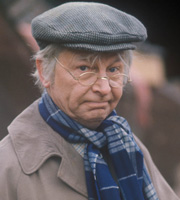 rom an English country area, and the writer had him using the idiomatic expressions of his class and county in a manner she later assured me was authentic: her great-uncles had spoken exactly that way.

Not only did the character speak entirely in dialect expressions, he also said exactly what one would expect him to say in his situation – his dialogue was made up of clichés. A fiercely independent old codger, he was refusing to go into a nursing home, and constantly made statements like ‘There’s life in me old bones yet’. My colleague reminded me that people do speak in clichés quite a lot: they’re the expressions that spring to mind because we’ve heard them so often. The dialogue, she insisted, was ‘realistic’. She’s probably right.

The problem is that, as a reader, I was jarred out of the ‘reality’ of the story the moment I began to read this character’s dialogue. My suspension of disbelief was shattered; instead of remaining immersed in the fictional world, I surfaced. For me, the tone of the story shifted abruptly from literary fiction to caricature. I can identify two reasons for this.

Firstly, we’re all accustomed to minor characters in novels, films, and (especially) TV shows, speaking entirely in clichéd colourful expressions to indicate their local, low-class status. Along with costume, it’s a short-hand way to tell the reader or viewer ‘this is all you need to know about this character – he or she is the equivalent of a Shakespearian mechanical, performing a function in the plot’. I’m sure there are real West Country people who say ‘Happen we mun’ do this or that. There are certainly real Australians – my dad among them – who say ‘Blimey Charlie’ and ‘strike a light’, but I know that as soon as I put these expressions in a character’s mouth, the Australian reader’s mind will switch from literature to television. Americans might consider their reaction to ‘Boy howdy’ or ‘Git along now’. We’re all steeped in the convention that certain geographically-linked idiomatic expressions indicate a particular kind of character not to be taken seriously.

Secondly, when a character who speaks a local dialect is intended to be taken seriously, the writer signals this, and uses various techniques to encourage the reader to look beyond the character’s surface presentation. The character usually won’t speak in clichés or catch-phrases: he or she will say things that are startling, provocative, evasive, intriguing, strange, witty, or otherwise unexpected. Sometimes, especially in genres like noir, thriller or police drama, the character speaks very little actual dialogue. Sometimes the character has a high degree of control over his or her use of language – a good example is Donna Leon’s Commissario Brunetti, who chooses carefully whether to speak Italian, English or Venetian in any given situation, and consciously makes his accent and choice of vocabulary coarser or more refined depending on the effect he’s aiming to have on his interlocutors.

So, in literary fiction, we expect to see sophistication in the use of language, within the character’s dialogue, or at least in the interplay between dialogue and what happens around it. The fact that a character speaks in dialect or local idiom doesn’t disqualify him or her from the role of central character – but the writer needs to be aware of how cross-media conventions can undermine the desired effect of a character’s speech.

I’m reminded of a satirical scene I once saw, in which a writer’s work is being produced for television. The scene calls for a horse, so the writer is startled to see a saddled cow being led onto set. ‘It’s okay,’ the director assures the writer. ‘Horses don’t look like horses on TV; we have to use cows, cunningly painted.’ ‘What do you use for cows, then?’ ‘Two actors in a suit.’ Numerous sound effects for radio are produced by means other than the obvious: the sound of a farm gate closing can be mimicked by shutting up an ironing board, ice clinking in a glass may actually be dominoes, and kneeling on a pile of old cassette tape while squelching your hands in a bowl of yoghurt then dropping a wet towel off your shoulder creates a good approximation of a lamb being born (http://www.bbc.co.uk/programmes/p00z44ff). Apparently, a microphone stuck down a geyser near Rotorua produces the sound of the inner workings of Mordor – but at least that makes sense. 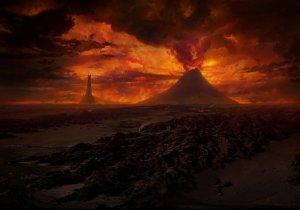 My point is, medium places demands on content. For fiction purposes, it’s not enough to write ‘realistic’ dialogue. As writers’ self-help books constantly remind us, in ‘real’ speech people um and ah, don’t complete their sentences, leave out key words, talk over one another, and sometimes say nothing at all, yet meaning is conveyed in a conversation through tone, gesture, facial expression and so on. These aspects of communication can only be reproduced in a limited way as words on paper. And, of course, in a piece of writing it’s not just the participants in the conversation who must understand each other: the reader needs to process the conversation in the context of the characters and their wider situation. So as writers creating characters, we must ask more of our dialogue than mere ‘realism’.

Look at a piece of your recent writing that features dialogue. Think about what is conveyed to the reader about each character through their speech: the words they use, the length and grammatical correctness of their sentences, the use of idiomatic expressions or slang, and so on. Does the dialogue ‘place’ the character in terms of age, gender, social background, geographical location, and so on? Does the character adjust his or her speech to suit different situations? If your character uses clichés, what effect do these have on the reader – do they build character or undermine it? Are any aspects of the dialogue working against your purposes as the writer of this story? Discuss with a writing buddy or reflective reader.

Want more content like this? Andrea also writes for Fiction Southeast – check out her column, “Write Now”, under Essays/Articles at http://fictionsoutheast.com