Often when we talk about the “rewriting” stage of a manuscript, we’re really talking about editing and polishing. We take the material we’ve written and shuffle it around, cut some bits, expand others, add a scene, correct the punctuation, and so on. This is all very easy to do with a word processor.

But there can be great value in actually “rewriting” the manuscript: turning to a blank page (or opening a new document) and starting again from scratch. Most of us probably wouldn’t do this with a complete n 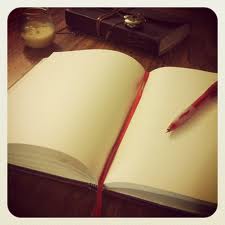 ovel manuscript (though some do, and I have). However, it may be the best approach to a scene, chapter, or short story that just isn’t working. Sometimes, the more you tinker with the draft, the worse it gets. You’re better off starting over.

One approach to rewriting is to change something quite fundamental, and see what happens. Here are a few examples:

Particularly in a short story, it’s easy to make too early and easy a decision about who the main character is. Perhaps, if the story is based on events that happened in your life, you’ve unconsciously selected the “you” character as the protagonist. If the story’s not working, try rewriting it with another character in the leading role – and/or from another character’s point of view.

The point of view

Is this story being told by one character to another, late one night in a pub? Is it a dramatic monologue? Is it being narrated as a first-person reminiscence? Whatever the frame, if the story’s not working, a “reframe” might provide a useful starting point for a “rewrite”.

Is this a serious piece, that might work better as a comic one? Or vice versa? Is the overall mood sombre or cheery? See what happens if you try for a mood or tone that contrasts with the one you’ve established in the first version. Can you, by taking a radically different approach, achieve more light and shade?

What about the language – is it generally formal, with longish and well-constructed sentences, or is it colloquial and chatty? What about the pace? Voice will of course depend heavily on the choices you’ve made above – protagonist, point of point, frame, mood and tone. But even if these remain the same as in the first version, can you rewrite using a very different voice? Try not to reuse phrases from the original.

The idea of rewriting from scratch is to free your creativity to give you something fresh and new, rather than feeling constrained by what’s already on the page. At the end of the day you’ll probably meld the two versions into something that’s stronger than either. And then it’s time for editing and polishing!

Leaving is fine – it’s coming back that hurts! 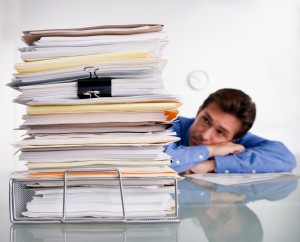 I read somewhere that, in ancient Greece, writers were advised to leave a “finished” piece of writing alone for nine years before coming back and editing it. Nine years might be going a bit overboard, but this is still common advice: write it, leave it alone, come back with fresh eyes and edit like it’s someone else’s writing.

I endorse this advice whole-heartedly. (You can hear the “but” coming, can’t you?) I left the first draft of my novel alone for a full three months over Christmas, and wrote a novella. Now I’ve left the novella alone for three weeks while I worked on my PhD confirmation.

Here’s the “but”. When you get back to the piece of writing you left alone, you may have one or more of the following reactions:

Before you can rewrite, you need to do a few things:

For my novel, surprisingly, I did have to reformulate why I cared. Spending a year on the first draft had me bogged down in technical issues; I knew I was passionate about the story, but couldn’t have told you succinctly why. I think I can now.

Identifying the strengths wasn’t too difficult – I like all the characters, still love the setting, the dialogue and description are generally strong, and the second half flows quite well though it’s a bit rushed at the end.

The overriding problem was easy to identify, too, because my five test readers all said the same thing: they couldn’t get a handle on the protagonist. The rewrite must start with letting readers into the protagonist’s head in a way that enlists their sympathy. My problem here is the balance between trusting the reader to do the work, and giving them enough information to work with. I’m also struggling with the idea of “show don’t tell”. With internal monologue, telling is showing if you do it right – but despite reading many many examples of great writing, I still can’t work out how to do it right. Advice, anyone?

The novella is a little different. I know why I’m passionate about telling the story, so that’s not a problem. I’m having trouble identifying strengths in the writing because I’m overwhelmed by what’s wrong with it. The main problem is something to do with pace and momentum in combination with tension. The writing seems to gloss over the story; too much happens too fast with not enough tension or emotional engagement. The result is a story that feels glib and pat, when it should feel complex and powerful. Individually, the events of the plot are believable. The characters are realistic. But something about the way I’m telling the story is failing to do justice to the characters and what they go through from beginning to end. I need to find ways to deepen the reader’s engagement with the characters without slowing the story to a plodding pace. I suspect it needs to be significantly longer – too much happens in 19,000 words – but the last thing I want to do is create “padding”. Again, I’m very open to suggestions and advice from you, wonderful fellow-writers :-). 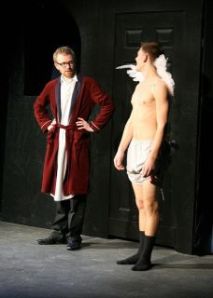 I used to be an improviser. I started with Theatresports, then branched out into other forms of performance impro. If you have a good coach, you can learn a lot about storymaking through theatrical improvisation. (If not, you’ll just learn to gag, block, and cheat the audience out of wonderful experiences they don’t know they could have had – but meanwhile back at the point…)

I did have a good coach, in Keith Johnstone of Loose Moose Theatre Company, Calgary, Canada. One of the key story drivers Keith emphasised was status. Improvised scenes for performance tend to be short, so you need a reliable means of engaging the audience and making sure the story goes somewhere. A good way to do this is to play with characters’ status, and we used to play status games to develop these skills.

In another exercise, two characters each try to get higher status than the other. For example, A shows off an expensive watch, B claims to have three just like it, A shakes her head pityingly and asks if B is still having trouble with those old delusions, B says not since she invented the world’s most successful anti-psychotic and became a billionnaire, and offers to take A out to dinner to tell her all about it, and so on. Or, the two characters can work to get lower status than the other. Experienced improvisers play a version where they try to maintain equal status – Keith points out that this is what we usually do with our friends.

In writing fiction, it’s quite useful to bear in mind the status relationships between characters. Improvisation scenes often suffer because two characters have the same status (two students, two road-workers, two friends at a nightclub) and although the improvisors are struggling to create a story, they won’t let anything happen that changes the status relationship. Inexplicable torpor or “flatness” in a piece of fiction is sometimes traceable to the same problem.

Status can be conceptualised in terms of power, social standing, respect accorded the character by others. A character whose job or social position might be seen as low status (eg. a swagman) can be high status in a given situation (when he is the only person who knows how to treat a snakebite), or he might just “play” high status and be accorded respect as a result. And, of course, vice versa – the British comedic tradition, for example, is full of put-upon lords and ineffectual politicians who think their position entitles them to a level of respect they don’t actually deserve or get. Humorous effects can be obtained when a character thinks of himself as high status when everyone else sees him as low (common in the commedia dell’Arte), and touching moments can result when a character who sees herself as low status is suddenly elevated to high (a stock technique in romantic comedy, the Cinderella story arc being a classic example).

I’m just beginning a new novella, where the whole story will turn on a change in the status relationship between my two main characters. I think this is very common, but I don’t often hear it discussed in the terms I learnt from Keith Johnstone. So if this idea of status, status hierarchies, status battles, and changes in status relationships, is useful to you in your writing, by all means go ahead and use it. (I was fascinated to discover just now, looking up Keith’s entry on Wikipedia, that his teaching on status seems to be considered his most influential contribution to theatrical storytelling. Pop over and have a look here).

An exercise: read through a piece you’ve written, and analyse what happens to the relative status of the main characters in it, particularly the protagonist. Does the status of the protagonist change – in her own eyes, in the eyes of the people in her world, and/or in the eyes of the reader, over the course of the story? How does that come about? Does another character start out higher status than the protagonist, and end lower, or vice versa? Does a battle for higher (or lower) status drive some (or all) of the action? What are the emotions, conflicts, tensions, which contribute to and arise from that battle? Would more careful attention to status and status relationships enhance the story at all?